Yakima, WA – December 1, 2017 –  Tyler Andringa has overcome adversity in his life and used it to propel him forward. He graduated from Perry Technical Institute’s ITCS Program last year, and in September received the national “Outstanding Graduate” award from the Accrediting Commission of Career Schools and Colleges. The ACCSC gave both Tyler and his mother Carla an all-expenses paid trip so he could receive the prestigious award at their national conference in Reston, Virginia.

Born with cerebral palsy, Tyler didn’t let that get in the way of his dream to go into the field of Information Technology. Like many who have cerebral palsy, Tyler struggled with fine motor skills. At Perry Tech’s ITCS program, he was challenged by the wiring and soldering required. Despite this challenge, the burns on his hands from the soldering iron, and his emotional disappointment, he stayed with the program and pressed on.

In his nomination letter to the ACCSC, Tyler’s former Perry Tech instructors described him as the ideal student with an enthusiastic attitude who never hesitated to help others. “I could always count on Tyler being the first one to arrive in the morning and almost the last to leave at night,” explained Jeanine Benoit, ITCS2 Instructor. “He formed a camaraderie with his classmates and always got along with everyone.”

Perry Tech President Christine Coté says Tyler could always be seen with a smile on his face, thriving in his field while motivating others to do the same. Now as an IT professional at Continuant, a telecommunications service provider in Fife, Washington, he is quickly advancing at his company. As Tyler explained, "Perry Tech didn't hold my hand and neither does Continuant. I'm required to perform just as well as my colleagues, so it inspires me to always be better."

Click here to see Rep. Dan Newhouse congratulating Tyler Andringa and Perry Tech on the floor of the U.S. House. 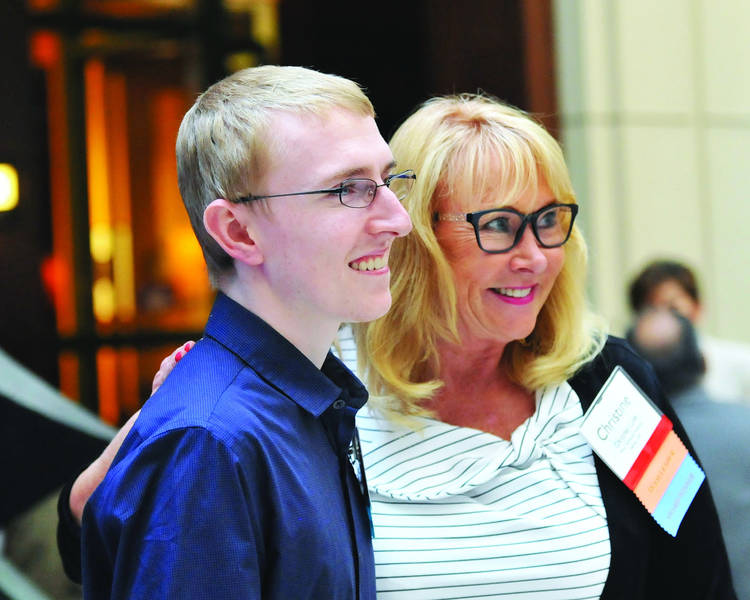