More than two decades ago, Powers of Automation began in a garage belonging to Steve Powers and his wife Edie. “I was a good technician and I knew I could do it myself,” said Steve. “That was enough to get started programming and designing automated systems.” Not only did the Powers family learn how to run a business well, their business expanded from humble beginnings to their current 20,000 square foot facility in Bend, Oregon. A few years ago, they expanded to California.

Steve Powers, a 1987 Perry Tech grad, is now CEO and President of his own company. Powers of Automation is a full service system integrator: designing, building, and manufacturing automated systems for mainly pharmaceutical and biotech companies. They pride themselves on embracing a culture that is quality-centered and being one of the only system integrators that has a quality management system and an internal quality department.

Like many students who enroll at Perry Tech, Steve was drawn to the school by a recommendation. “I went to Perry because a cousin of mine had a great experience and got a great job.” After becoming a student in the Instrumentation program, he worked hard to develop the skills he needed to succeed in the field.

While at Perry, Steve held a full time job while juggling a demanding schedule of classes. He remembers the time well. “I worked my butt off at Perry. The school helped introduce me to the world of automation. I gained a very stable foundation to which I have added knowledge and experience. I have several life memories from Perry, the sound of a cylinder filling with water as part of my first PLC programming project, the smell of chain saw exhaust waking my classmates up in the morning after an ISA event, and sleeping in my car one night, freezing, before a tour of a refinery,” said Steve. “I enjoyed learning new things and have developed lifelong friendships out of Perry.”

Lonnie Powers, Steve’s brother, enrolled in the Instrumentation program at Perry Tech after serving in the military. “I decided that continuing my education was my best investment.” Lonnie joined Powers of Automation in 2000 and now serves as the company’s Field Service Manager. He finds new talent for the company and often turns to Perry. “Hiring Perry Tech grads as employees has been the best.”

While both Lonnie and Steve know the type of skills applicants coming out of Perry have, they look for those added traits that they know will help employees be successful at Powers of Automation. “We look at attendance, grades, and extracurricular activities,” explains Steve. “Then we ask about mechanical aptitude. You have to be mechanically inclined and have experience using tools to be a good technician.”

“One thing that I’ve always been proud of is that Powers of Automation helps improve the quality of people’s lives.“ This mantra is integral in how Powers runs the company and how he treats employees. The organization believes in never losing a sense of where it came from, and recently won the 2018 Small Business of the Year award for their region. As a result, they make it a priority to give back to the community, encourage employee volunteering, and support their alma mater, Perry Technical Institute. 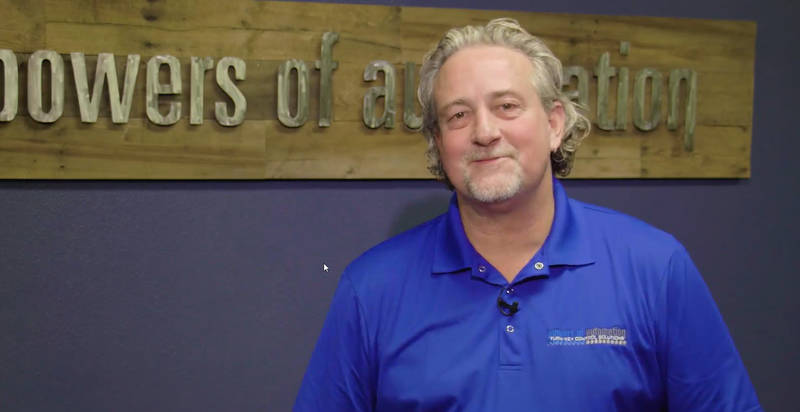