Yakima, WA – December 7, 2017 –  Diana Aguilar is often asked if she works in cosmetology or dental hygiene. People are usually shocked to hear she chose to go into welding instead. “It’s nice being different. Taking the risk was worth it,” said Diana. “I looked at other schools and none of them were as good as Perry.”

She first worried about being a female in a male-dominated trade, but that soon changed. “Talking to my instructor and classmates, I realized my whole class was diverse,” Diana explained. “We all became close like a family and we still talk to each other, even after graduation.”

Diana appreciates the positive environment she’s experienced not only at school but also on the job. Today, she’s thriving in her welding position at Blueline Manufacturing and Equipment in the Yakima Valley. “Everyone has been great, treating me with respect.”

Blueline has a track record of promoting student success. Not only in hiring Perry Tech grads, but helping the programs stay on the cutting edge of their fields. Mike Roy is a member of the Welding Program Advisory Committee, also known as a PAC. The PACs meet regularly to help shape curriculum and keep the programs relevant and up to date.

“She has a great attitude and willingness to succeed,” said Mike Roy, Diana’s Supervisor at Blueline. “I believe in giving feedback to the school, on how the students come to the employee, how what they learn is applied to real world.”

Mike says supporting Perry Tech in ways such as PACs mean they’re able to contribute to a higher quality of workers entering industry. “By supporting a technical school it helps us find employees who are ahead of the curve as far as knowledge and skills.”

As you a company who supports Perry Tech students? We want to hear from you. Email us at PR@perrytech.edu. 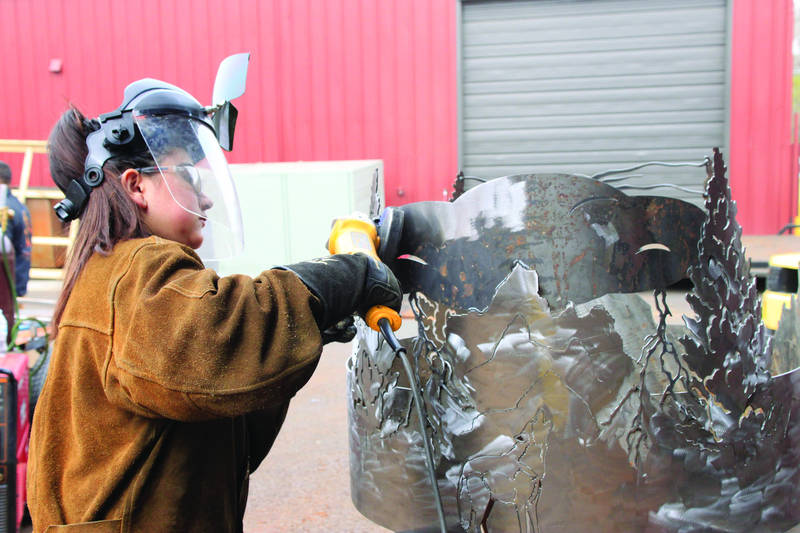