Women in Trades: Being a Woman in Welding 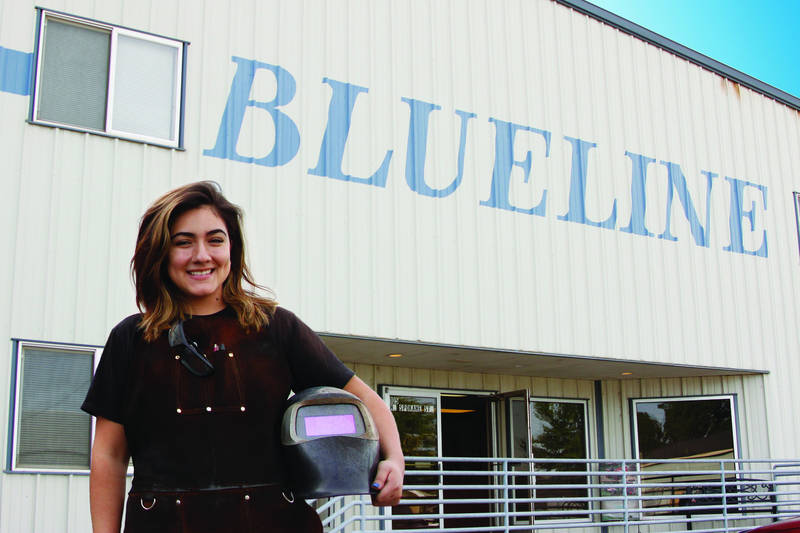 Yakima, WA – November 14th, 2017 – Diana Aguilar is often asked if she works in cosmetology or dental hygiene. People are usually shocked to hear she chose to go into welding instead. “It’s nice being different. Taking the risk was worth it. I looked at other schools and none of them were as good as Perry. I came in for an open house and toured the school, everyone was really positive.”

She learned more about welding at Eisenhower High School in Yakima, and her interest only grew when she came to Perry Tech to see the program for herself. Diana first worried about being a female in a male-dominated trade, but that soon changed.

“Talking to my instructor and classmates, I realized my whole class was diverse,” Diana explained. “We all became close like a family and we still talk to each other, even after graduation. I expected people to treat me differently because I’m a girl, like ‘she can’t do this or that’, assuming I didn’t know how to do things. Instead they gave me space and if they saw I was struggling, they would step in and offer to help me. They made me feel comfortable, instead of making me feel dumb for not knowing how to do something.”

Diana appreciates the positive environment she’s experienced not only at school but also on the job. Today, she’s thriving in her welding position at Blueline Manufacturing in Yakima. “Everyone has been great, treating me with respect.”

As for other females considering a non-traditional trade, Diana has some advice, “If you want to be able to do great stuff in life, you have to be able to risk stuff. If you want change, you need to go for it. I say do it, because I’ve never regretted coming to Perry Tech and doing welding.”