From Perry Tech to the Seattle Mariners

Five years after graduating from Perry Tech, Trevor Anderson is now working as an Engineering and Maintenance HVAC/R technician for the Seattle Mariners Organization. A native of Prosser, Washington, Trevor says he loves what he does, and his Perry Tech education helped spark that passion.

“Everything I learned at Perry Tech, I use almost on a daily basis,” explains Trevor. “For example, my electrical and brazing skills, I use them all the time when I’m fixing and air handlers and ice machines.” He says he’s not only thankful for his technical know-how, but also for the soft skills he gained while studying at Perry Tech, training him to be a well-rounded employee. “It helps being able to explain to people what I’m doing or why I need a certain part so they can approve it.”

Trevor remembers a time in high school when Perry Tech’s recruiters came to speak to his class. He was interested, but didn’t move forward with it at the time. “I worked for a couple of years after high school I didn’t know what I wanted to do for a career.” But the interest he had for attending Perry Tech never left him. “My coworkers told me to go look back into it and my father told me to look into trade programs.”

He contacted Perry Tech and set up a time to come visit. Seeing the school in person and meeting the instructors helped give him the clarity he needed. “I decided on HVAC/R when I did a tour of the programs, then came home and did some research. I found that the trade was in desperate need of people so I knew long-term I wouldn’t have trouble finding a job and being successful.”

After graduating Perry Tech in 2014, Trevor worked a few jobs before landing his current role with the Mariners. “All really good places that I learned a lot of great things from,” Trevor told us, recalling the time he spent working at the University of Washington. “I helped take care of the campus in Seattle and I also took care of the sports facilities and set up a maintenance schedule for them.” 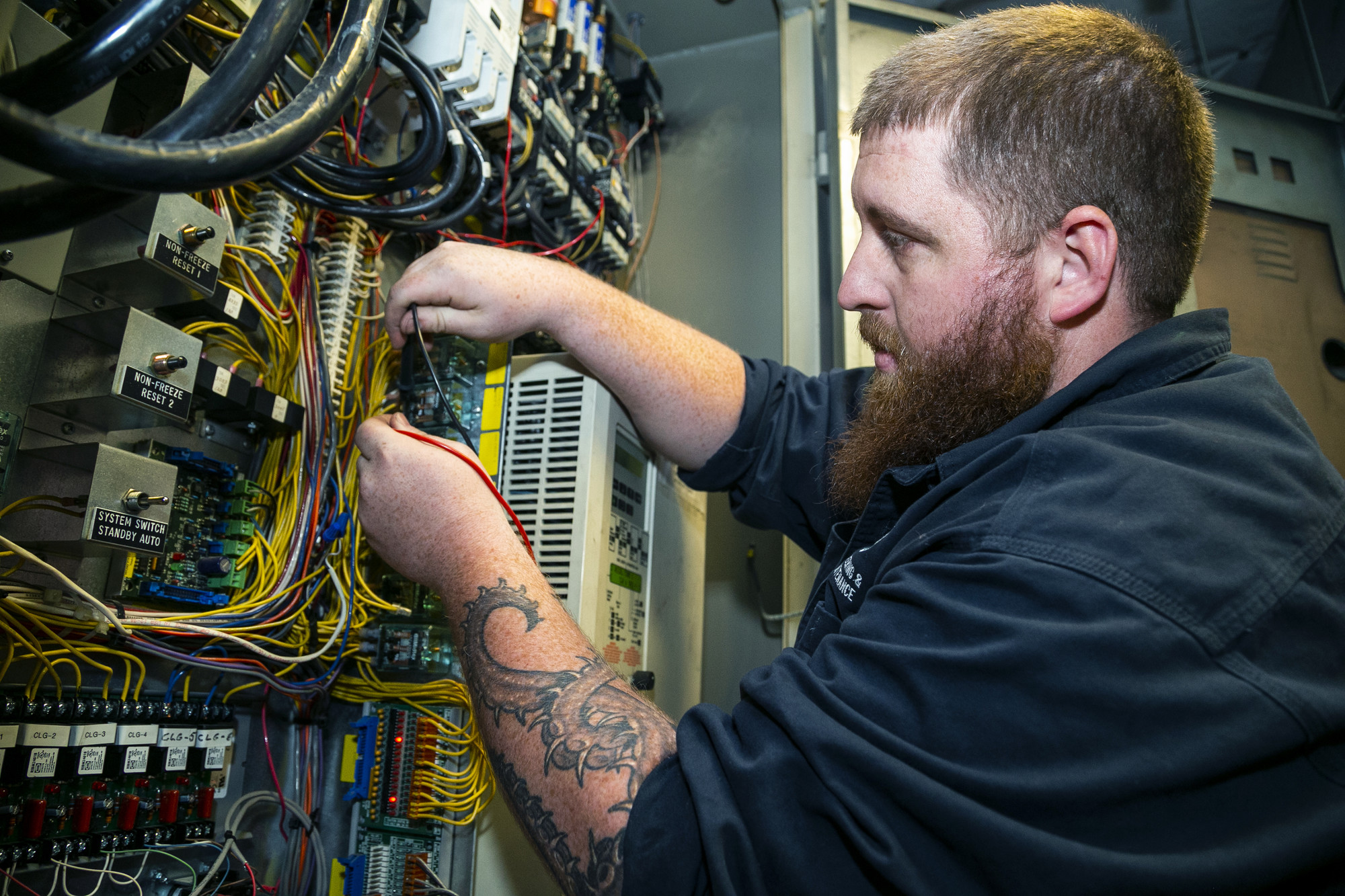 Today, Trevor describes his HVAC/R work at T-Mobile Park as a career that’s interesting and different. “I love being able to be at the ballpark every day and interact with the staff and players,” he tells us, expressing the kind of enthusiasm that some people only hope of having with their work. “This is my dream job and I’ve always wanted to work here. In school I remember telling my classmates that I was going to work at WSU, UW, or with a pro team. I’ve done two of those things. I wake up and I’m excited to go to work every day.”

“My experience at Perry Tech was amazing. I learned a ton and felt ready to go in the field when I graduated.” Trevor’s sole regret? “The only thing I wish I would have done differently, is decide to go to Perry Tech sooner.”