Industry leader Kwik Lok is a proud supporter of students at Perry Technical Institute. Founder Floyd Paxton invented the plastic bag closure in 1952, and since then the company has grown to six production plants worldwide. In the midst of international success, Kwik Lok continues to donate time, energy, and finances into seeing Perry Tech students succeed.

"Perry Technical Institute is a valuable asset to our local community," says Don Carrell, Vice President of Manufacturing and Customer Service at Kwik Lok, as well as a Foundation Board Member at Perry Tech. "Kwik Lok has employed several graduates. They have demonstrated competency, reliability and a strong work ethic."

Some of those Perry Tech graduates include Eddie Rodriguez, an assembly technician at Kwik Lok and 2016 Instrumentation graduate. Caleb Clark and Nick O'Dell also graduated from Instrumentation last year, and now work in Kwik Lok's Engineering building. Clark is an engineer in training, and O'Dell an instrument technician.

Kwik Lok not only supports Perry Tech through donations and hiring grads, but in supporting their continued growth. Next month, the company will send Nick O'Dell to Japan for a production machine upgrade project. Don Carrell sums up the relationship perfectly, "Students from Perry Technical Institute have proven to be valuable employees at Kwik Lok Corporation."

Are you an employer who has hired Perry Tech grads and would like to be featured? If so, please contact us at Marketing@perrytech.edu. 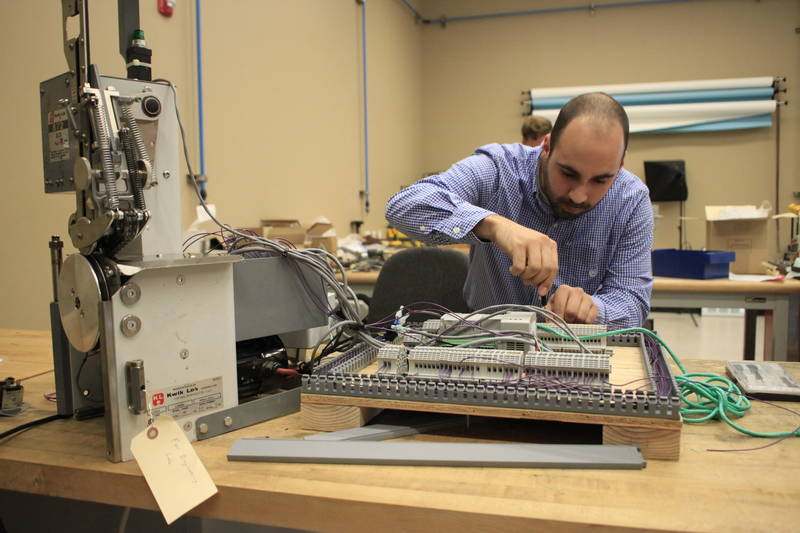